Tuberculosis in dogs usually has only one result for your pet; they are euthanized.

This disease was very rare in dogs at one time as they have a natural resistance to both forms, but just like in humans, it is starting to resurface again as it has become antibiotic resistance in most cases.

There is no current effective treatment for dogs, or is there?

The very sad part about tuberculosis in dogs is that although it is a zoonotic disease, meaning it can be shared and transferred between humans and pets.

In most of the recorded cases dogs caught the disease from people instead of people catching it from dogs.

This disease has historically been one of the most feared infectious diseases in history, but primarily in people.

Infected humans show very few initial symptoms but an infected dog will show symptoms and is the first member of the family to be diagnosed.

As a result and out of fear of safety for the family, the dog is put down.

But it does not have to be that way as it can be treated in dogs, but very few dogs ever get the chance.

THERE ARE TWO TYPES OF THIS DISEASE 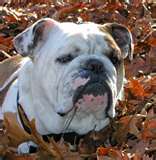 Tuberculosis in dogs biggest enemy is a strong immune system

There are two types of Tuberculosis in dogs.

Dogs can become infected with either form of the bacterial infection.

Although it is thought to be primarily a respiratory disease, it can also infect your dog’s intestines.

Most all dogs that become infected with this disease catch it from inhaling the bacteria into their lungs, usually by contact with a member of their human family.

It is caused by the bacteria M. tuberculosis.

The World Health Organization estimates that over 13 million people have TB and about 1.5 million die from it each year, primarily in third world countries where there is no treatment.

If left untreated, it is fatal.

The problem with dogs and this disease is that they very seldom have the opportunity to be treated.

It almost always affects the lungs, but it can also occur outside of the lungs and will affect the nervous, lymphatic, or genitourinary systems.

It can also affect your pet’s bones and joints.

And just like people, it usually affects young dogs and immune suppressed dogs. When an infected human or dog coughs or sneezes, the bacterium are spread.

People can also spread it simply by talking. However, repeated contact with an infected agent is required for these bacteria to actually become infective.

What makes Tuberculosis in dogs also so very sad is that only 5 percent of people that are infected with the M. tuberculosis bacteria actually will develop TB.

Instead they have latent TB, do not get sick, and are not contagious.

THE SYMPTOMS OF TUBERCULOSIS IN DOGS

Tuberculosis in dogs may show you some mild systems initially, but again just like in humans, they can be so vague that you might not notice that anything is wrong until it actually advances.

The early symptoms will be a loss of appetite which is naturally followed by a weight loss, possible night’s sweats, and then a fever.

From there, depending on the strength of your dog’s immune system, it will either go into remission, or start to advance.

If it does advance your dog will start to cough, and coughing in dogs is not a normal activity and that alone should alert you that something is wrong.

The next symptoms will be an increased thirst and then increased urination, followed by vomiting and diarrhea.

They may also start to cough up blood. If it does get to this severe state, your dog will have little chance of surviving.

There are live tests available for Tuberculosis in dogs, but they are not always reliable.

They will include blood culture to test for elevated white blood cells, as well as testing with cultures.

Most of the detailed testing, however, is done in an autopsy after the dog has been euthanized.

As a result it requires the use of multiple drugs for several months.

The biggest problem currently with treating this disease, even in humans, is that it has become drug resistant in many cases.

As a result, there is no real effective treatment for dogs. Or is there and they are just not being used?

Most all cases of this infection will involve young dogs or puppies who have not fully built up their immune system or dogs that have a suppressed immune system.

Instead of simply giving up with this disease, build up your dog’s immune system.

If they catch this disease, at least give them a chance instead of having them euthanized.

Your dog’s body will need to be strengthened either initially or built back up very rapidly by supplements to fight this disease.

Your dog’s friendly forms of bacteria called Lactobacillus acidophilus must be supplemented to increase intestinal flora and prevent this disease from spreading.

Vitamin C will be necessary to support your pets’ body against the fight with these bacteria by optimizing the immune system.

Vitamin B6 will also be very important in protecting the liver, and Vitamin A will be needed to protect the mucus membranes from any possible development of jaundice.

There are also some herbs and minerals that you can use in protecting your pet from this potential killer.

Tuberculosis will strip your dog’s bones of silica, a mineral that is required for healthy bones.

Both Calcium and the herb nettle, in a juice form, will build this back very quickly.

This herb will be a lot more appetizing for your dog by mixing it with carrot juice and adding a couple of teaspoons in their food.

Tuberculosis in dogs has generally had only one alternative because of the fear factor, and that is to have them euthanized.

But in almost every case of this disease, your dog has caught it form someone in your family or an infected human somewhere. They are not the cause, they are the victim.

At least give your dog a chance by building their immune system.

Pet Medications for Tuberculosis in Dogs