Ibuprofen toxicity in dogs is still not well known by owners, but according to the ASPCA Animal Control data, it is the most common drug risk to dogs.

It can very easily exceed toxic levels, and because of its vast popularity with people, it is very easy to assume that it is also safe for dogs.

IBUPROFEN TOXICITY IN DOGS IS DEADLY

You should never, under any circumstance give your dog Ibuprofen.

If your veterinarian recommends it; run, do not walk, for a second opinion.

It is extremely rare that a veterinarian would actually prescribe this killer in dogs, and if they do, the dosage will be extremely small to the point of being minuet.

Ibuprofen toxicity in dog in most all cases is the result of a well-meaning owner that is simply trying to alleviate pain in their dog that is usually associated with hip, back, or joint pain.

While there are several drugs that can help with these types of pains, Ibuprofen is not one of them.

Dogs are also naturally attracted to this killer, as most all brands are coated with a sugar coating and dogs cannot resist the smell.

If your dog accidentally eats even one tablet, regardless of the strength, it may be the last treat that they will ever it.

WHAT IS A SAFE DOSAGE ? 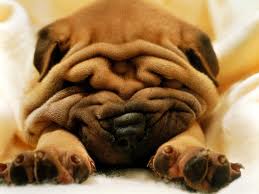 Ibuprofen toxicity in dogs does not have a safe dosage, even though there are several opinions in the medical community about what is actually safe.

There are some sides that suggest that Ibuprofen is safe at 10 to 20 mg per pound of body weight.

However, there are also sides that are very vocal that it is only safe at 2 to 4 grams per pound of body weight.

Ibuprofen comes in several forms but the most common form is tablets.

There are also oral drops that are available in 40mg/ml.

According to the American Veterinary Medical Association, drug poisoning is the most common poisoning that occurs in dogs and Ibuprofen is the leading drug that induces the poisoning.

They also have documented cases of Ibuprofen toxicity in dogs occurring with as low as 8 mg/kg/day for 30 days.

Fatal gastric perforation has also shown to occur on only 3 mg/kg over a period of six weeks.

There are literally thousands of dogs that die each year worldwide because of this killer, suggesting that there is no safe level and it should never be used.

Ibuprofen toxicity in dogs has four major effects on your pet: stomach ulcers, kidney and liver failure, and death.

Even if it is caught after the very early stages of symptoms, it is often too late to reverse the damage that has been done by this killer drug.

Dogs very rarely survive an overdose of any type, regardless of the milligrams that have been ingested.

With the various dosages that Ibuprofen comes in, even the most diligent of owners can very easily make the wrong selection or mix something with other medications.

Once this occurs, the symptoms of Ibuprofen toxicity in dogs will be very definitive and very sad to watch as your dog is dying right before your eyes.

The first symptom is usually a very sudden increased thirst that will naturally be followed by an increase in urination.

This is than followed by severe digestive issues and your dog will not be able to eat.

Once these symptoms occur, it is usually rapidly followed by bloody stools, suggestive liver and kidney problems.

Staggering is most likely the next symptom, as the liver and kidney disease is tearing away at your dog’s organs, and this is than followed by seizures.

Once it reaches the seizure stage, death is usually the final result.

WHAT YOU CAN DO

If you do suspect Ibuprofen toxicity in your dog, contact your veterinarian immediately or call the ASPCA national poison hot line center.

There may be a fee associated with this call, but at this point, your dog’s life lies in your hands.

If the Ibuprofen has just recently been ingested, you may be able to stop any of the damage by inducing vomiting.

Three percent hydrogen peroxide is very effective in making dogs vomit, and you should always have it on hand for a situation like this.

The label will indicate that it is toxic, but for this purpose it is safe, as it will not stay in your dog’s body.

The correct mixture is one teaspoon per ten pounds of body weight.

If you have an oral syringe, one teaspoon equals 5 cc or 5 ml.

Once you have given this to your dog, you will need to either walk them or shake their stomach as this mixes the peroxide and sets it off so to speak.

It should start acting with 10 to 15 minutes, so be as patient as you can.

However, remember your dog is a dog, and their first instinct will be to eat what they just vomited.

By all means stop them, collect the vomit, and take it with you to your veterinarian. This will help them identify the poison.

Syrup of Ipecac should not be used unless the hot line or your veterinarian is very specific and instructs you to use it.

Although it is very safe for humans, it can be very dangerous and even toxic to some dogs.

Salt water and mustard seed can also be used, but it is not nearly as effective as hydrogen peroxide.

Ibuprofen toxicity in dogs is a very real and deadly threat to your pet, regardless of any opinion on the safe dosage.

Why would any owner ever take the risk when there are very safe and effective natural options such as glucosamine and chondroitin?

In the vast majority cases, the average owner did not know the dangers.

The risk is simply not worth the disaster that awaits your dog.