Is detoxing dogs really necessary and if it is, is it safe to do?

The answer to this question is that it is not only necessary; it can in some cases save their lives.

If your dog has any type of a liver problem, it may also help to extend their life and it is much easier to do than most owners realize.

By simply placing a powered form of several herbs into your dog’s food twice a day, the process has begun.

WHY DETOXIFY YOUR DOG

The most important factor in considering if detoxing dogs is right for you, it is important to understand that detoxification of environmental hazards that can affect your dog.

This is much different than trying to detoxify because of a toxic agent.

Toxic agents that cause sudden and violet reaction such as ibuprofen, chocolate toxicity, as well as onions or raisins are emergency situations that must be treated by a professional.

These are much different for one other basic reason; instead of violent and sudden reactions, environmental toxins can build up very slowly and in some cases take years before the symptoms begin to surface.

Although liver toxin build up is by far and away the most common reason for detoxing dogs, there are other organs that are at risk as well including your dog’s pancreas, kidneys, and gallbladder.

Although environmental dangers are not at the top of most owners list of potential dangers, they can lead to several health issues and because of this, is the major reason why detoxing dogs is so important.

The most common of the environmental dangers are chemically enhanced dog foods, which makes raw diets and homemade diets so popular among a fast growing number of owners.

However, in the majority of cases, it is not practical, which is why you should at least consider tying this for your dog.

Other environmental dangers include second hand cigarette smoke, polluted water, as well as insecticides and fertilizers.

Although most of these will state that they are safe for all domestic animals, your dog lives in a completely different world than we do, as they have direct contact with these chemicals on most all parts of their body.

Because of this, it is only a matter of time before they begin to absorb into their body.

However, the list of potential hazards is still not complete as they also include commercial flea collars and chlorinated water.

SEVERAL SYMPTOMS TO WATCH FOR 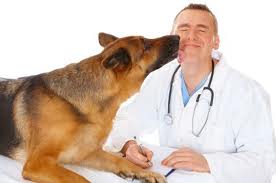 There are several common herbs that can help with detoxifying dogs

There are several symptoms that you can watch for that it may time to consider detoxing dogs, and the first one is the most noticeable; they will begin to stink.

Other early warning signs that will begin to surface will include halitosis or bad breath, as well as a slowly developing condition of oily fur as well as yeast infections.

If your dog’s liver or kidneys are becoming affected by this pollution, your dog may begin to become lethargic, start to gain weight, or just the opposite, and begin to lose weight.

The reason they will start to lose weight is that these forms of toxins are affecting their organs, making them totally disinterested in eating at all until they become extremely hungry.

Other warning signs to watch for will be skin and respiratory problems as well as digestive and bowel problems that begin to develop.

Detoxing dogs should really be considered by all owners for one simple reason; liver toxins. Liver toxins build up in any living entity, and your dog is no different.

Your dog’s liver is the main purification system in their body, and its major function is to purify the blood of all forms of toxins, but in some cases, it may not be able to perform this task completely.

Over time, this begins to take a toll on your dog, as any type of toxin can begin to impede its normal functions.

There are four major environmental threats to your dog’s liver; Copper, Phenolics, Mushrooms, and Iron.

Although copper is essential for humans, it should be avoided in your dog or used very sparingly.

Most of the better brands of powered vitamins for dogs will either not add it, or have minute amounts of it.

For the vast majority of dogs copper is not an issue, but some breeds as well as some individual dogs immune systems simply cannot handle it.

Some dogs will store it in their body, resulting in what is referred to as Copper storage disease.

When this occurs, toxic levels begin to build in their blood stream, making detoxifying dogs a crucial step in their overall health.

There is very little chance that the next potential environment danger, Phenolics, will ever come in any type of food or supplement that they ingest.

Instead, it comes from accidentally consuming products that contain this substance such as antiseptics and disinfectants, as well as mouthwash and hemp.

Most dog owners do not realize it but if your dog accidentally eats paper, they may be exposed to hemp.

Wild mushrooms for the most part are harmless to dogs, but if they ingest a variety that is toxic, it can begin to cause liver damage over time if it is not detoxified.

The final potential environmental hazard is iron, and most dogs can handle this mineral without any problems, but some cannot.

Just like with humans, the daily requirement for iron levels for dogs are always measured by their breed and their weight, but if you supplement your dog with a well-known branded powdered multivitamin, this should never be an issue.

One of the most critical factors any owner must understand when they choose to detoxify dogs, is what they select as well as once they begin the process, what to watch for.

In most any other case these are warning signs, but with detoxing dogs it is exactly what you want to see as it shows you that the process is working.

You can use individual herbs to help with the process, but in most cases you can buy a detoxification product that will contain several herbs that will work very rapidly.

The most common herbs include kelp, which is a very strong source of iodine for your dog as it helps in their production of thyroid which is critical to their overall metabolism.

Aloe ferox is also very helpful, as it helps to regulate your dog’s bile flow by breaking down the fat in their diets.

Burdock is one of them most powerful herbs used in detoxing dogs as it helps to clean their system as well as helps to purify their blood. If you think your dog may have liver problems, this is exactly what you want as well as alfalfa.

Alfalfa is also very powerful at naturally removing toxins from your dog’s blood.

Detoxing dogs should also include the herb Dandelion as it also helps to purify the liver, but it also helps with your dog’s gall bladder as well.

Other very powerful blood cleaners include Burdock root, Orange grape, milk thistle, and yellow dock. If you have never tried this process, you may be shocked at how successful it can be.