Proteinuria in dogs can easily be corrected or it can become very serious and cause a chronic infection in your pet as well as high blood pressure.

It may also cause inflammation of the kidneys, scar tissue on the kidneys, as well as blood or pus in their urine.

It can also cause Lipemia, which as excess amount of fat in the blood.

Normally, high amounts of protein in a dog’s urine can easy be corrected by diet, but if it develops into this condition, it has now become very serious.

WHAT IS PROTEINURIA IN DOGS ? 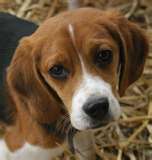 Proteinuria in dogs is a situation where there is a very high amount of protein in your pet’s urine.

Normally a dogs urine only contains very small amounts of protein and they pass very easily though the glomerulus, which is the filtering unit of the kidneys.

Once they have passed through this filtering unit, the protein is very easily reabsorbed back into the cells of the kidney tubes.

Albumin, which is an important blood protein, in normal situations, makes up a very small amount of protein that is found in a dog’s urine at any given time.

But when something goes wrong with your dog’s system and too much protein enters into the urine, this critical blood protein is lost by the filtering unit of the kidney.

The kidneys of dogs are designed to maintain the fluid and the mineral balances in their body, and when everything is functioning properly, water and essential minerals are reabsorbed.

Once they are reabsorbed from the tubes of the kidneys, the remaining waste particles are very easily excreted in the urine.

The glomerulus, which is the filtering unit of the kidney’s, are made up of what is referred to as glomeruli, which are small capillary blood vessels that act as a sieve in your dog.

This sieve meshes or perforates very fine minerals of various sizes and separates them so they can easy pass this filter.

In this process it also keeps both protein as well as the blood cells in your dog in their bloodstream.

When this filter becomes damaged, it starts to leak and the red as well as the white blood cells in your dog are lost through the kidney and the result of this is referred to as glomerular proteinuria.

THE SYMPTOMS ARE VERY MILD AT FIRST

The symptoms will be very slight at first until the protein loss in your dog becomes significant enough to cause damage.

The only symptoms that your dog may show you will be small amounts of blood in the urine.

However, once the loss intensifies, they will start to show signs of anorexia, depression, and then the weight loss and weakness that is associated with not eating.

This condition does not severely affect dogs until they are older, attacking them at seven to eight years of age.

THE MOST COMMON CAUSES

There are several underlying potential causes of Proteinuria in dogs with the most common causes being immune mediated diseases, infectious disease, or Cushings disease.

Immune mediated diseases are the result of a very abnormal activity in which your dog’s immune system over-reacts to a situation and actually starts to attack itself.

Systemic lupus is the most common disease that causes Proteinuria in dogs but it can also affect many other organs as well.

Breeds that are especially at risk with this condition are Collies, German Shepherds, and Shelties.

Ehrlichia, which occurs in three stages, directly affects the protein levels in the blood of your dog as well as seriously depleting the albumin levels.

This is a vicious disease that attacks the number of platelets that helps your dog’s blood to clot and directly affects the protein levels.

The first form of treatment in Proteinuria in dogs will be properly diagnosing the true underlying cause and treat it accordingly.

Once that has been done, most all dogs will be placed on a mild or moderate protein restricted diet until it can be corrected.

If it is any type of kidney failure problem itself, low protein as well as low phosphorus diets will be administered.

If the cause has anything to do with high blood pressure, a low salt diet will be recommended.

However, in most all cases, dogs will be put on a low protein and low sodium diet that is reinforced with Omega 3 fatty acids supplements.

Most dogs will also be given a low dose aspirin, usually a baby aspirin, to help prevent blood clots from forming.

As your dog ages, Proteinuria in dogs can very easily sneak up on them. The only initial symptom you will notice is small amounts of blood in the urine.

If you do see any trace of blood, get them checked as quickly as possible before the protein loss becomes severe and causes Proteinuria.

Pet Medications for Proteinuria in Dogs