Patellar luxation in dogs is a very common problem and can affect both small and large breeds.

In small breeds it is most always a congenital condition but it is not necessarily a genetic problem.

In large breeds this condition is almost always a developmental issue, but it can occur either way. This condition also has three basic forms; Medial, Lateral, or Traumatic.

Each of these forms will pose different challenges for your dog and will on a grade scale of one to four, with four being the most serious for your pet.

The patella is a bone that is known as the kneecap. There is a groove in the end of the femur that allows for the patella to glide up and down.

The femur is the bone that is situated between the pelvis and the knee, and it is the hardest and strongest bone in your pet’s body.

However, there are occasions where it slips out of this natural gliding pattern.

The natural movement of the patella is to guide the action of the quadriceps muscles in the lower leg as well as protecting the knee joint.

In a normal dog without patellar luxation, you can see two bony ridges that will form a deep grove.

It is in this deep groove that the knee cap of your dog slides up and down.

The anatomy of dogs is such that this limits the movement of the knee cap and restricts it to the space and is constantly lubricated by joint fluid developed by your dog.

This allows for total freedom of movement at all times until in becomes luxated. 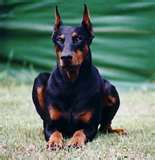 There are several very helpful supplements for Patellar luxation in dogs

Medial patella luxation occurs primarily in small breeds of dogs. With small dogs it is either a congenital or a developmental issue.

However, congenital should not be confused with genetic.

It is congenital in the sense that the condition was there at birth and it may or may not affect the dog. In the congenital form it is easy to spot and identify within the first six months of your dog’s life.

The severity of Patellar luxation in dogs will also depend almost entirely on how early it starts to affect your dog.

The earlier it occurs, the more severe it will be as your dog ages as it will start to basically wear out the sockets in your dogs knees.

What is happening is that the ridges that form the patellar groove are not prominent enough and as a result they are too shallow. If they are to shallow the kneecap jumps the grooves.

It usually is directional and goes toward the inside which locks up when your dog’s foot is off the ground.

Your dog can not move their leg until the quadriceps muscle relaxes. When it does relax, it will increase in length which than allows it to pop back into this groove naturally.

The initial cry that you hear from your dog is caused by the kneecap sliding across the bony formations of the femur.

However, once it is out of position, even though your dog can not bend his leg normally, they are not in any real pain, at least not yet.

Lateral luxation is not as common and does not receive as much attention as does the medial form.

It is caused by a condition known as genu valgus-type stance. This is a deformity in which the legs are curved inward at the knees and is also referred to as knee lock.

It is most common in older dogs or very large breeds of dogs.

This condition is caused by a conformational problem that is related to the angle of the hip, hock, and the stifle joints.

Grading of Patellar luxation in dogs is used to help in the understanding of the severity of this condition in dogs and it is graded on a scale of one to four.

In grade one, your dog may have a patella that has luxated but it returns to the socket after relaxation.

Grade two will include dogs that have experienced luxated kneecaps manually or from internal rotation of the tibia, which causes the luxation.

Again, once relaxed, the kneecap will return to the groves on its own.

In grade three, the patella has know remained luxated the majority of the time as it is advancing in severity.

In grade three it can be returned manually but will pop right back out as soon as the pressure is released.

In grade four, it is now out of place all of the time and even with full relaxation, it can not return to its correct position.

However, there is one other form of Patellar luxation in dogs called traumatic luxation. When this happens the patella can slip out of place in either the medial or lateral directions.

This is very painful for your dog and is often followed by periods of lameness.

With any type of periods of lameness it will be very important to check your dog for a rupture of the cranial ligament.

THE TREATMENTS DEPEND ON THE GRADE

With grades one and two, treatments for Patellar luxation in dogs will consist of rest and analgesics.

It is not uncommon for dogs that have the mild forms to live very comfortable and very long lives without any further need for treatment other than rest and to be slowed down in strenuous activity.

However, a grade three and four where it has become permanent, surgery is the only real form of treatment.

Surgery can and often does affect both the structure and the movement of the patella. In surgery, the groove will be made deeper to better contain the knee cap.

The knee cap itself may be tied down to prevent it from deviation in the future.

The bony parts at the site of the attachment of the quadriceps may be cut off and than reattached so they form a more lateral position preventing the kneecap from slipping out of place.

Surgery is very affected in most all cases and most dogs return to about 90 percent of normal and a month or two.

There are vitamin supplements that are formulated especially for joint lubrication protection in your dog.

They will consist of vitamins A, C and E which all perform critical roles in the proper lubrication processes in helping with Patellar luxation in dogs.

This is not a life threatening condition in your dog and keeping the joints lubricated can help your dog in most cases unless the grooves are simply not big enough to start with.

Watching your dog closely as they play to see if they do develop this condition is something that can go along way in protecting your pet and assuring a normal life without the discomfort.