Maternal immunity in dogs; is it really true or is it just a myth? Over the years, there have been several misconceptions about the immunity that puppies actually get from their mothers.

There is absolutely no doubt the first 36 to 48 hours of nursing are absolutely critical to all puppies, but the misconceptions start to surface in regards to long term nursing and its overall affects.

When a puppy is born, it has a very weak immune system that is just beginning to develop.

If they did not receive protection form their mother maternally, they would not be able to survive most infections conditions.

However, if they were threatened by a serious disease, they would not survive at all.

In fully understanding maternal immunity in dogs, it is very helpful to understand that there are two types of immunity that is passed from the mother to the litter.

Active immunity is very powerful as your puppy grows and their immune system builds to its full strength.

However, it is very weak in the early stages of life and must be backed up by vaccinations in order for your puppy to survive.

When a dog is exposed to any disease that is caused by an organism by natural means or by a vaccination, the organisms or parts of it, immediately interact with their immune system.

Once this occurs it also affects the cells that are within the system.

These cells will than start to make antibodies that live in your dog’s body and are extremely powerful as well as intelligent, and can immediately identify and then attack this invasion.

Once it is fully activated, it produces more antibodies and can kill this invasion even more directly.

In fact, it is so powerful, that it actually remembers each particular organism and will automatically attack it again if your dog is exposed to it at any time in their life.

This full process is referred to as the active immunity process. However, in the early stages of your dog’s life, it is not anywhere near as powerful as it will become as they mature.

Because of this, a puppy’s real power in their early stages comes from the second form of immunity, referred to as passive immunity and is the key to maternal immunity in dogs.

Passive immunity is defined as a situation where an animal receives another animal’s defense mechanisms, rather than developing its own system.

However, this does have one major drawback; it cannot be replenished other than the rare exception of a bone marrow transplant.

THE TWO WAYS A PUPPY RECEIVES IT 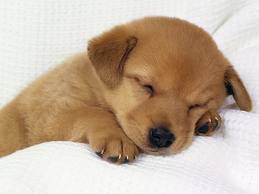 The first method of passive maternal immunity in dogs is through the Placenta.

The Placenta is the organ that connects the fetus to the mother.

A puppy gets this protection from the mother’s blood system in the fetus while it is still developing in the uterus. Once it has this protection, they carry it once they are born.

This is both critical and quite powerful as it protects them from diseases until their own immune system can fully develop.

Although this is how humans receive the majority of immunity protection, it is considered secondary in dogs to their main form of protection; Colostrum.

Maternal immunity in dog’s most important single factor is Colostrum, which is absolutely critical to their protection.

It is technically defined as the first 36-48 hours of milk flow immediately following birth.

It is a highly concentrated mixture that is made up of large protein antibodies, electrolytes, vitamins, as well as several other nutrients.

A puppy will absorb what is referred to as colostral antibodies into their own blood system through their intestine.

The fact that puppies can absorb such large protein molecules that remain totally unchanged across their intestinal wall is still to this day considered a miracle in that it defies logic.

The reason for this is that as they begin to mature, they can no longer absorb these large molecules as their body does what it should do to begin with; it breaks them down into smaller molecules.

Once they are broken down into smaller pieces, they become much less effective in their ability to destroy bacteria, viruses, or other foreign substances that attack their immune system.

In fact, once a puppy passes this 36-48 hour window, their system starts to breakdown these large protein molecules immediately.

This is the main reason it is absolutely critical for puppies to have access to their mothers colostrum in their first two days of their life.

If they do not, there is a very high probability that they will not survive if they are attacked by any type of infection that may exist in their environment, even with active immunity.

This is where the major myth comes into play in regards to this major component in maternal immunity in dogs.

It makes absolutely no difference how long or how much a puppy nurses; they will not become any stronger in regards to their immune system.

There are some breeders, as well as some owners, that will absolutely insist that the longer a puppy is nursed, the stronger their immune system becomes.

It is really quite simple; this large protein molecules breakdown in every puppy after this 36-48 hour window has passed. There are no exceptions.

THE MYTHS ABOUT COLOSTRUM

Maternal immunity in dogs has another myth; all levels of Colostrum are created equal.

Your veterinarian can easily explain this as they can measure the strength of Colostrum that exists in the mother with some simple tests.

Because of this, if your dog is pregnant, you should request this test be run.

If the expecting mother does not test well, your veterinarian can advise you on the next steps of protection to protect the litter, and that is with vaccinations.

It is very difficult for any professional to make a 100 percent accurate call.

However the weaker the original tier testing is, the earlier vaccinations to make sure the puppy is protected against such viruses as parvo and coronavirus will be given.

There is another issue that any owner should be aware of; high level of antibodies can actually reduce the effectiveness of a vaccine.

It can be a very difficult call and is best left to the professional, but they can usually be very close of the best overall time to vaccinate your puppy.

Maternal immunity in dogs can best be described as nothing short of a miracle.

It is an absolutely amazing process and regardless of some of the facts, some breeders and owners will still insist that the longer a puppy is nursed, the stronger they are.

However, no one can dispute how amazing the process actually is.