Canine influenza, or dog flu, is it really possible? Up until about six years ago the answer would have been no, it is not possible.

However, all that changed in 2004 when it was discovered and then confirmed by Dr. Cynda Crawford, an immunologist at the University Of Florida College Of Veterinary Medicine.

It was at this time that several greyhounds were diagnosed with the flu when there was a huge outbreak at a racetrack in Jacksonville, Florida, and is fully documented in the September 26, 2005 edition of Science Magazine.

WHAT IS CANINE INFLUENZA ?

Canine influenza is an extremely contagious respiratory disease in dogs that is often confused with kennel cough, but it is much more serious.

In fact, it can be so serious, that although rare, it can take the life of your dog.

However, it does not just affect greyhounds any longer as it has now spread to the entire dog population and it has become a worldwide potential health risk for your dog.

Canine influenza is believed to have originated from a horse virus and is technically referred to as H3N8 influenza virus.

Although at first there was a lot of misconception, it is definitely not a human virus, and as such, it cannot be transmitted to humans.

It is an equine virus and has been quite common in horses for at least 40 years.

However, it is now commonly believed that it adapted from horses and can and has caused illness in dogs. 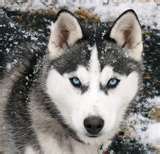 It is still quite often confused with Bordetlla, or kennel cough, which is a virus complex.

Kennel cough will affect your dog’s windpipe as well as their bronchial tree but it is usually very mild to moderate in severity without any other real symptoms.

MUCH DIFFERENT THAN KENNEL COUGH

Because of this, it is considered to be self-limiting.

However, canine influenza is much more severe, as it is often associated with very high and threatening temperatures, coughs, as well as a nasal discharge.

Canine influenza is also extremely contagious and is spread by airborne viruses from an infected dogs respiratory secretions, almost exactly like it is spread in humans.

This virus can also be spread by direct contact with an infected dog, or a contaminated toy, drinking device, or an eating bowel.

However, it is so contagious, that it can also be spread by humans that may have come in contact with the virus and are carrying it on their hands, clothing, or their shoes.

This virus will remain infective for as long as 48 hours on some objects.

Infected dogs will have the highest probability of passing it in their secretions between 2 and 4 days once they are exposed.

However, much like human flu, they may not yet show any signs or symptoms yet that they are infected, but still may be able to spread the virus for up to 10 days.

Because it is so highly contagious, dogs that are kenneled, or around a lot of dogs for whatever reason, are much more prone to the virus.

THE SYMPTOMS THAT IDENTIFY IT

Canine influenza quickly separates itself form kennel cough by the variety of symptoms that it will show in your dog.

However, just like kennel cough, the first symptom to appear will be your dog starting to cough.

Once this has occurred, the next set of symptoms will be conjunctivitis, which is where your dog’s eyes become very irritated.

However, it could also be rhinitis, which is where your dog’s nose starts to become runny.

Sneezing may or may not also be one of the early symptoms.

If it becomes severe, there are other two symptoms that will quickly surface.

The first is where your dog will start to have very difficult time breathing, and the second is the development of a fever.

If this fever reaches 106 degrees, your dog’s life may now be in danger and you need to seek immediate medical attention.

However, there is also one other potential life threatening symptom with dog flu; pneumonia.

There have been reports that a small number of dogs have developed pneumonia as the result of this virus, and they have not survived it.

Canine influenza has no universally accepted treatment as it is still very early in the actual discovery as well as understanding stages relative to the virus.

To add to the confusion, any form of treatment may also be controversial, simply because your veterinarian may not be sure if it is the flu or just kennel cough.

Once it is identified as dogs flu, fluids may be given to help prevent dehydration, but if your dog has difficult time breathing, they may have to be hospitalized and given oxygen until it subsides.

Cough suppressants may also be utilized but before this is done, make sure to discuss in detail the pros and cons of this form of treatment as it can be dangerous.

Under no circumstances should you ever give your dog an over the counter human cough suppressant without very strict guidance by your veterinarian.

In most all cases, your dog will fully recover from this virus.

However, just like in humans, if your dog has any other type of respiratory problem, or it develops into pneumonia or a high fever, you dog may not survive.

There has been a vaccine developed, but it will not treat this virus.

It may also not prevent it, but it will usually decrease the severity of it. It will also help in decreasing the amount of the virus that will be spread by your dog into the environment.

However, unless your dog is in a high risk neighborhood so to speak, it will usually not be recommended.

It is important to remember that this is still a relatively new virus in the dog world and there are still new discoveries occurring.

Canine influenza is very real and does exist. In the vast majority of cases your dog will survive, but just like the human flu, they can become very ill.

Although this virus is highly contagious to other dogs, to this date, there have been no reported cases where it can be transmitted to humans; at least not yet.